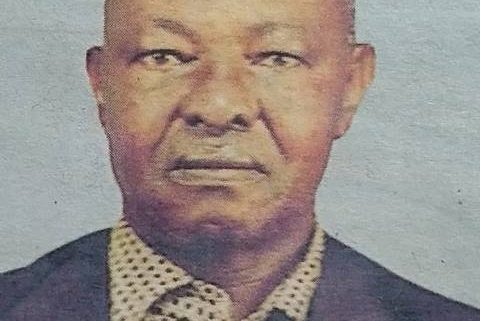 We regret to announce the death of our beloved Mr. Joseph Mwangi Kimondo (JMK), which occurred on 13th August, 2022 after a long illness.

Brother to the late Beatrice Njeri, Regina Wanjiru, the late Ndurumi, the late Waceke, the late Watetu and the late Ngima. Father-in-law to Jane, Peris, Alice, Lilian, Leah, Juliet, and Cecilia. He is survived by several grandchildren and great-grandchildren.

Family and friends are meeting at Pioneer Resort, along Outer Ring Road, next to Total Petrol Station, from today at 6:30pm for prayers and burial preparations.

The cortege will leave Montezuma Monalisa Funeral Home in Kabati on Friday, 19th August, 2022. There after the funeral service will be held at Kigumo Catholic Church Uhuririo Sub-location Othaya Nyeri County at 11.00a.m.

He fought the good fight, finished his course and kept the faith. 2nd Timothy 4:7