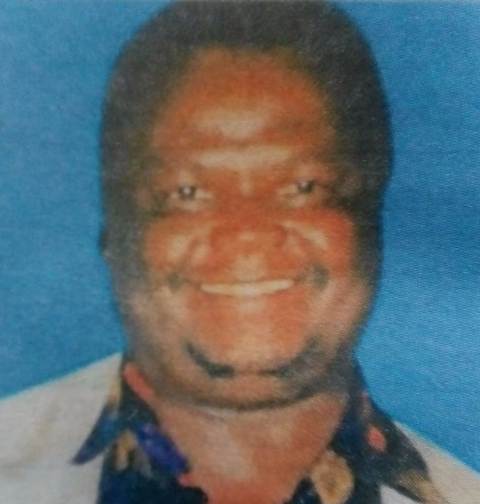 It is with profound sadness and humble submission of God’s will that we announce the passing of Josephat Karebu Njoroge (formerly of Muthithi General Stores, Thika) which occurred on 26th July 2018 at the Aga Khan University Hospital, Nairobi.

Husband of Alice Wanjiru. Father of Njambi and Wambui (both of Thika), Patrick, Robert and Njeri (all of USA). Son of the late Njoroge wa Ng’eere and the late Julia Gachambi of Kirimiri, Makuyu, Muranga County. Brother of David Mburu, the late Peter Mungai, the late Simon Musembi, Henry Mwethia, the late Dr Michael Wanyoike and Jane Wanjiru. Son-in-law of the late Mr and Mrs Benson Mbugua Mutuma of Ngecha, Limuru.

Family and friends are meeting daily at his home in Maporomoko, Thika from 4pm and a memorial service shall be held at the same location on Sunday 29th July 2018 at 2:30pm.

The cortege will leave Kenyatta University Funeral Home at 8am on Wednesday 1 August 2018 and a funeral service and burial will follow at his home in Karibaribi.

“The Lord gave, and the Lord has taken away. Blessed be the name of the Lord” Job 1:21