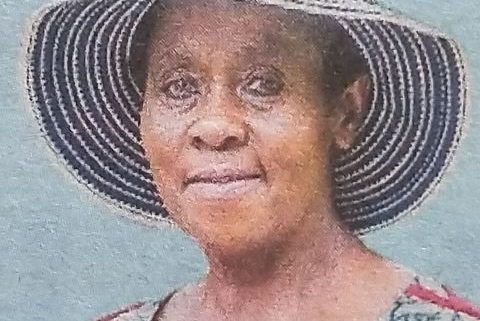 It is with heavy hearts and humble acceptance of God’s will that we announce the death of Mrs. Josephine Nyang’or, that occurred on 02/10/2022. Formerly an Agricultural Officer at Ndhiwa, retired from the Ministry of Agriculture in 2018.

Mother-in-law to David, Nicholas, Naomi Peter, among others. A cousin and aunty to many. A friend to many including; Mrs Herine Makene and Merceline Okello.

The cortege leaves Kirindo Mortuary on 20/10/2022 for the funeral service at Ndhiwa ACK Church, before proceeding to Gwassi Seka on the same day. She will be laid to rest on 21/10/2022 after the ACK Church service at her home in Gwassi, Suba.

May the Lord receive your soul in eternal glory Nyar Gachen.