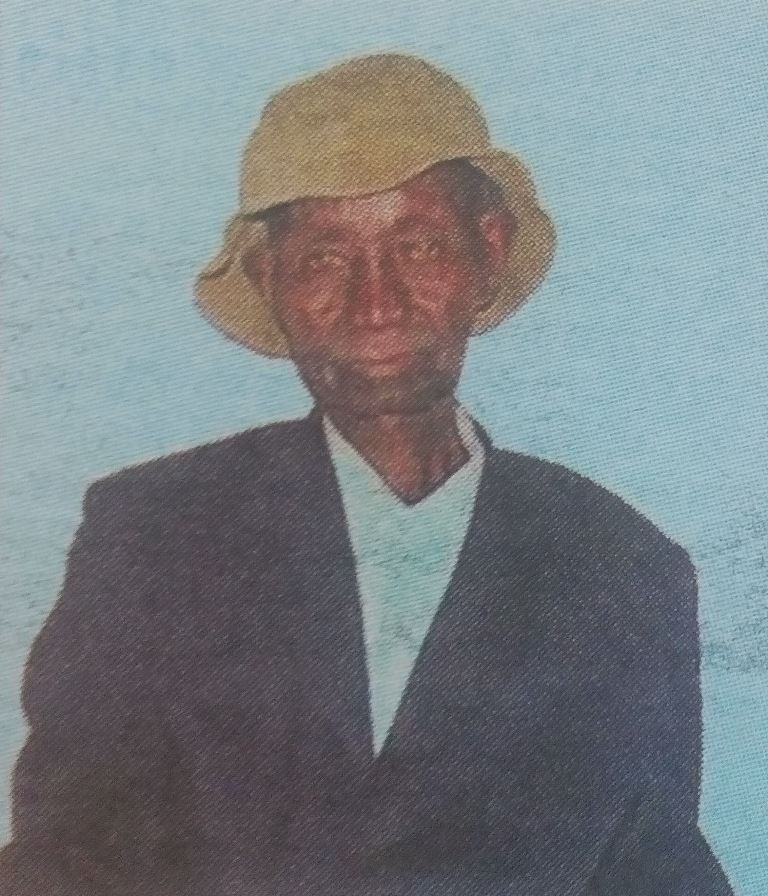 In acceptance of God’s will we announce the death of Joshua Mutunga Mwendwa (Kyao) of Mbuvuni village, Kamandio location which occurred on Tuesday 26th August, 2017 after a traffic accident

Friends and Relatives are meeting daily at T.Tot Restaurant (Hall A) in Machakos and at Salvation army, Nairobi. The cortege leaves Montezuma Monalisa Funeral Home Machakos on Saturday 9th September, 2017 at 6am for a funeral service and burial at his home Mbuvuni village, Kamandio location, Kitui county.

Dad, Grandpapa, we loved you much, you were such a friend. Rest in Peace.