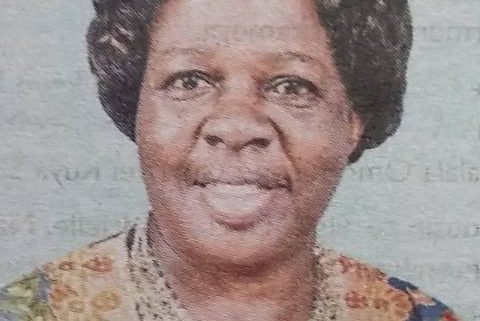 It is with humble acceptance of God’s will that we announce the demise of Joyce Millicent Achieng’ Opondo formerly of the National Bank of Kenya Ltd.

The Funeral Service will be on Thursday, 9th June, 2022 at CITAM Valley Road.

She will be laid to rest on Saturday, 11th June, 2022 in Malanga, North Gem, Siaya County.

A Funds Drive is scheduled for Friday, 3rd June, 2022 and Tuesday, 7th June, 2022 respectively at CITAM Woodley. Meanwhile, daily meetings continue at her residence in Jamhuri Phase II and at CITAM Woodley. Any contributions towards the funeral costs can be sent to Paybill No. 5754833 A/c (your name).