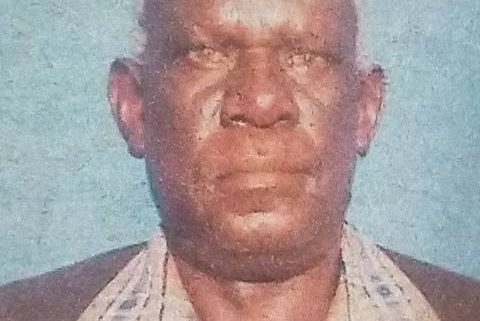 We regret to announce the demise of Mr. Julius Kibobori Ringera which occurred on 16/7/2021 after a short illness.

Brother in law to Evangeline Karanyama, Beatrice Ngendo, The late Julius Marigite, Harriet Kananu, the late Joseph Kiriinya, Agnes Makandi, Sammy. Muuru Ringera, Doris Kigetu and Francis Bundi. He was a cousin and uncle to many.

Family and friends are meeting on Wednesday-Thursday 21st-22nd July 2021 at All Saints Cathedral from 5.30pm.

The cortege will leave Kiirua Mission Hospital on Friday 23rd July 2021 at 10am for Matunda Farm off Meru-Isiolo road for burial.