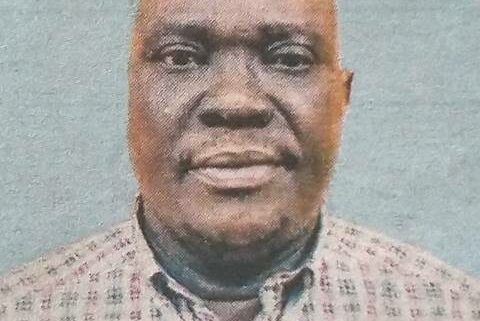 The Chairperson, Board of Directors, Director General and members of staff, Kenya Medical Research Institute (KEMRI), are saddened to announce the death of Julius Wesonga Were, which occurred on 21St of October, 2022, at Life Care Hospital – Bungoma, after battling with a long illness. He was a member of Staff in KEMRI.

Son-in-law of the late Seraphino Njeru and Mama Augusta Njeru. Brother-in-law to Mary,Anne, Schola, Nyaga, Lucy, John, Valerian, Njiru, the late Mbugua Mugendi, among many others.

The cortege leaves Life Care on Friday, October, the 28th 2022, at 9.00am, for a brief stopover in Busia, before proceeding to his ancestral home at Khasoko, for an overnight stay before burial that will be held on Saturday, October, 29th 2022.