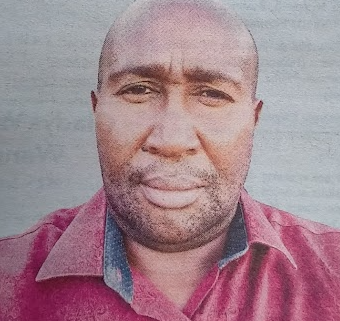 It is with God’s grace that we announce the promotion to glory of Kenneth Kamau Waruingi Njoroge of Shariki Electricals, Nyamakima.

He is the son of the late Geoffrey Njoroge Wairia and Mrs Susan Njeri Njoroge.

Son in law to Jidraph Mwangi and Mary Mwangi. Brother in law to Daniel Kinuthia (KRA).

Meetings are being held daily at his home at Ruiru, Kamakis, and at Sagas Hotel Thika Rd.