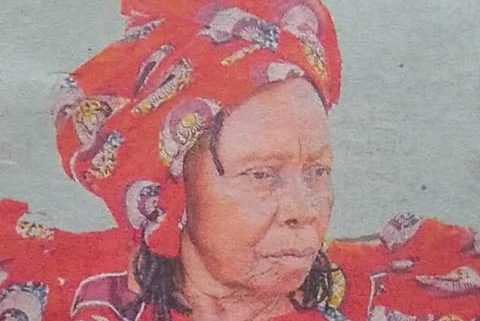 It is with humble acceptance of the Lord’s will that we announce the demise of Mama Leah Kahonzi Mwachizigwa Kiti of Chumani, Kilifi County on Saturday, the 24th September, 2022.

Sister-in-law to the late Gideon, the late Shadrack, Moses, the late Henry, the late Reuben, the late Donald, the late Alfred Zosi, the late Luvuno, the late Maku, Esther Mvoya and Chizi Mwango.

Aunt to Salma, Fatma, Steve, Ngala, Nguma and many others.

Then I heard a voice from Heaven say, `Write this: Blessed are the dead who die in the Lord from now on. `Yes’ says the Spirit, `they will rest from their labour, for their deeds will follow them. — Revelation 14:13