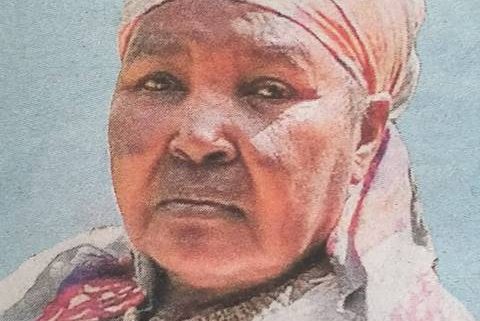 It is with deep sorrow and humble acceptance of God’s will that we announce the sudden passing on of our treasured Mum Leah Kemunto Kerama, which occurred at Bosongo Hospital Kisii on 12th August, 2022.

Aunt to Saulo, Gedion, Manduku, Orenge, the late Shadrak, Daniel, George, Jane, Gillian, Beverlyne, Otuke, Phanice among others. She was a friend to many.

The main Harambee will be held on Tuesday, 23rd August, 2022 virtually and physical at her Kabosi Home.