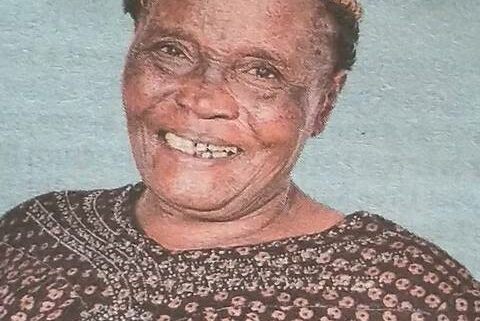 It is with deep sorrow and humble acceptance of God’s will that we announce the sudden promotion to glory of Linah Ndavi Munyasya which occurred on 25th November 2022 after short illness.

The cortege will leave Lee Funeral Home Nairobi on rd December 2022 at 6.00am.Thereafter, the funeral service shall be held at her home in Kathungi Sub-location, Katulani Sub County, Kitui County starting at 1100hrs.

God has taken the best from us. Mwaitu, Susu we shall miss you. In the sweet by and by, we shall meet on that beautiful shore. Amen.

Revelation 14:13 “Blessed are the dead who die in the Lord from now on, yes, they will rest from their labor, for their deeds will follow them.”