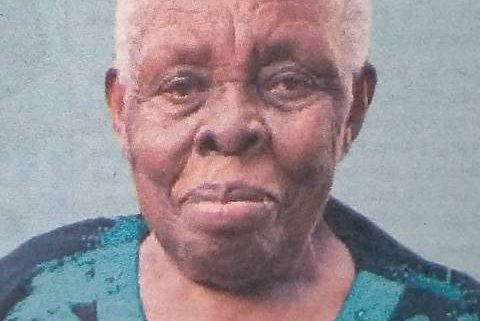 It is with great sorrow and humble acceptance of God’s will that we announce the death of our matriarch Madam Loi Jai Ogolla.

Aunty to Odanga Luvai, Hellen, Bentley, lmbaro, Mary and Leah among others.

Mother in law to Peter, Flora, Esther, Roselyne, Emma, Everlyne and the late Humphery of Kitale.

Family, Friends and Relatives will hold final meeting for interment of the late Madam Loi Jai Ogola, including those willing to provide support for the final send off on Thursday 21St July 2022 from 2.00pm.

The body is lying at Jumia Funeral Home Kaimosi. She will be laid to rest at her home in Ivona Village Chango ub-Location, Central Maragoli Ward, Vihiga County on 24th July 2022.

“Arise, shine, for your light has come, and the glory of the Lord rises upon you…” — Isaiah 60