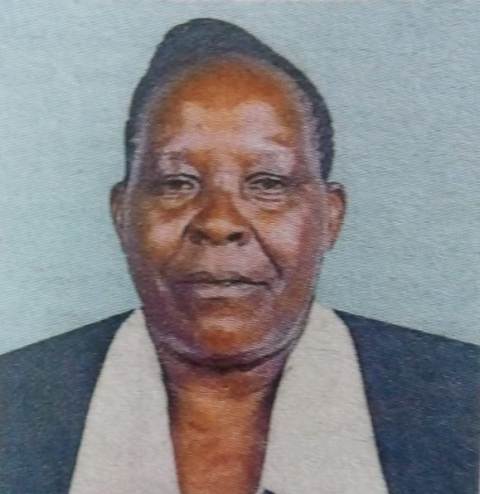 It is with humble acceptance of Gods will that we announce the passing of Loise Nzula Mutungi on 23rd July 2018, after a short illness, bravely borne.

The Cortege leaves Montezuma Mortuary, Machakos on 3rd August 2018 for burial at her home in Maweli sub-location, Mwala, Machakos County.

2nd Timothy 4:7 I have fought a good fight, I have finished the race, I have kept the faith. Amen