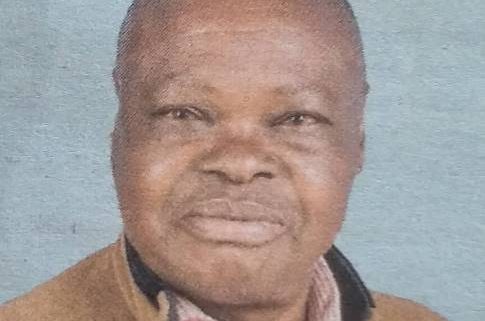 In humble acceptance of God’s will and with a mixture of sadness, gratitude and celebration, we announce the passing on of retired teacher Mr. lsaya Kiage Kombo, which occurred on Monday, 23rd May, 2022 after a long battle with illness.

He was the son of the late Gideon Kombo and Mrs. Bathsheba Nyambuche Kombo. He was beloved husband to Mrs. Martha Monyenche Kiage. Father to Risper, Reuben, Japheth, Yucabeth, Shem, Ruth, Rebecca and Moses.

He was brother to Esther, Hanna, Askah, the late Isaac, Elijah, Samuel, Mary and Joseph.

Brother-in-law to Elijah, Ongwae, the late Ondieki, Mose, Bitengo, the late Koria, Nehemiah, Samuel, Elkanah and the late Gitaa. Korera to Mosinga, Gaichu, the late Mose, Owoko, Orina, the late Oigo, Callen, the late Kipchirchir and the late Rebecca among others.

Father-in-law to Hon. Mosinga, Sarah, Dr. Gaichu, Chirchir, Nseka, Linet and Joanne. He had 24 Grandchildren. He was a friend to many.

There will be a fundraiser on 31st May, 2022 at the Old Sanctuary, Maxwell SDA Church, Milimani Road, Nairobi and also at his Nyangoge home starting at 5.00pm.

The funeral service and burial will be held on Friday, 3rd June 2022 at the family home in Nyangoge Sub-Location, Kiabonyoru Location, Nyamira County, starting at 9.00 a.m.

Revelation 14:13 —”I heard the voice from heaven saying, ‘Write, blessed are the dead who die in the Lord from now on. “Yes,”says the Spirit, “that they may rest from their labors; for their works follow with them”