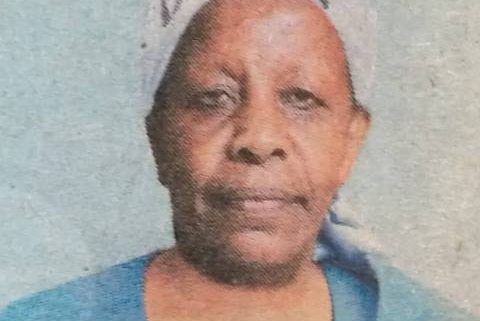 It is with humble acceptance of God’s will that we announce the passing on of Lucy Wanjiku Wanjenga on 23rd July 2022.

Sister-in-law to the late Joyce, the late Beth, Susan, the late Allan, Stephen, Hellen, Lucy and David. Cousin, Aunt and Grandmother to many.

Family and friends are meeting at 6:00pm at her house in Buruburu Estate and at her parents’ home at Kagira Village, Nyathuna Ward.

There will be a requiem mass at Blessed Sacrament Catholic Church Buruburu on Friday 29th July, 2022 from 2:00pm.

The cortege leaves Kenyatta Memorial Funeral Home on Tuesday 2nd August, 2022 at 8:00am and thereafter, a church service at Our Lady of The Rosary Catholic Parish-Ruku, at 11:00am.The burial will take place at her home in Kagira Village, Kirangari Sub-location, Kabete Sub-County.

Pray the Lord rest her soul in Eternal Peace.