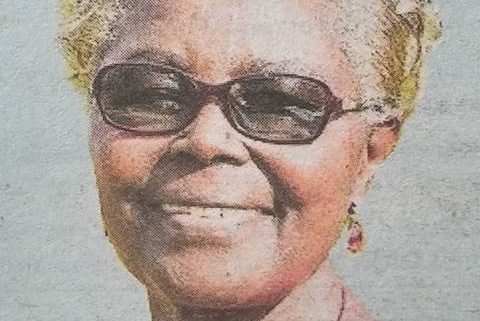 It is with humble acceptance of God’s will that we announce the promotion to glory of Mrs LucyWaruguru Kangori, which occurred on Monday, 18th July 2022.

Sister to the late Wangari Weru, the late Joseph Mwangi, the late Peter Githaiga, the late Francis Kiongo, the late Gachambi Weru, and Anastacia Wairimu Mbugua and Auntie to many nieces and nephews.

Funeral arrangements are currently taking place at her home in Kahawa Sukari.