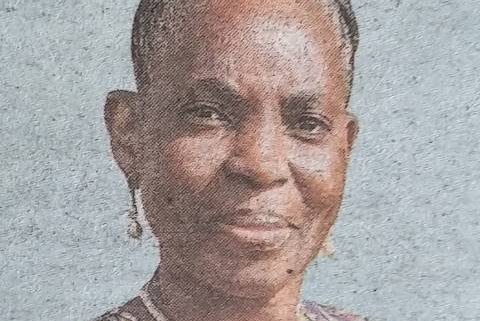 It is with heavy hearts and deep sorrow that we announce the death of Lydia Santa Ndapatani, which occurred on the 3rd of August, 2022.

Wife to the late Stephen Pola Ndapatani. She is survived by her children Zawadi Ndapatani and Celine Akoth, Lulu Ndapatani and Salama and Lincoln Ngotho and eight grandchildren.

Daughter to the late Edwin and the late Ruth Mwangulu.

There will be a meeting at All Saint’s Cathedral Nairobi on Monday, 8th August, 2022 from 5:30pm. Meetings at the home in Likoni will be on Monday to Thursday this week from 6.00pm.