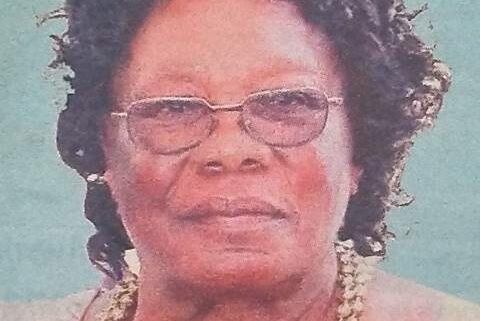 It is with humble acceptance of God’s will and deep sorrow that we announce the demise of Mama Abigael Omolo Abuya that occurred on 18 January, 2023.

Funeral arrangements are being held in Homa-Bay, Nairobi and Eldoret.

The cortege leaves Eldoret Hospital Morgue on 1st February 2023, followed by a funeral service at Nyalkinyi SDA Church. The internment will take place on 2ndFebruary 2023 at her home in Nyalkinyi, Homa-Bay County.

Financial contributions to be channeled to Pay bill number 8103186 with contributor’s name as the account name.

— John 11:25 Jesus said unto her,”I am the resurrection, and the life. She who believes in me, though she may die, she shall live. And whoever lives and believes in me shall never die.”