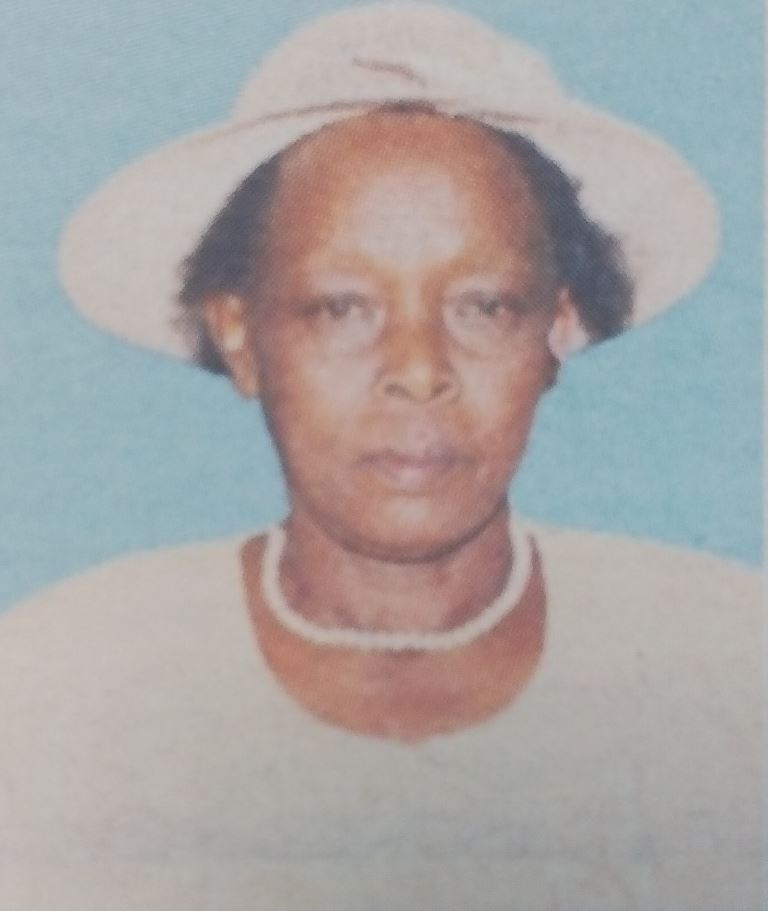 With humble acceptance of Gods will we announce the passing on of Mama Agnes Mbithe Musyoka on 7th September 2017 after a long illness.

Friends and relatives are meeting on Tuesday 12th to Thursday 14th which will be the fundraising day at Nyayo Stadium (Kuchekuche Restaurant) from 6.00p.m.

Cortege leaves Nairobi on Tuesday 19th September 2017 at 7 30 a.m. for service at Kanzalu Catholic Church at 11am. Thereafter, final rest at her home in Kanzalu Village, Kangundo North Constituency.