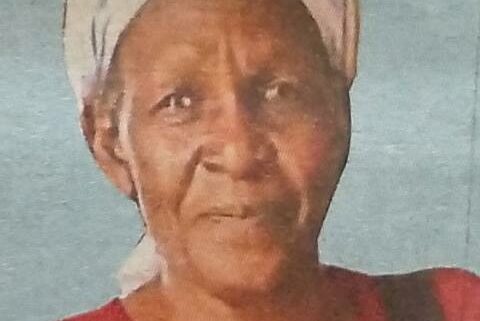 It is with profound shock that we announce the death of our beloved Mama Agnes Naliaka Kabagi which occurred at Nazareth Hospital on 26th December 2022.

The cortege leaves Star Mortuary, Kisumu on 4th January 2023 at 10:00 am for overnight stay at her home in Gamalenga Village, Vihiga County. The burial will take place on 5th January 2023.

Contribution can be sent to Paybill No 8051922. Account Name Mama Agnes sendoff:

In God’s hands you rest and in our hearts you remain forever. Rest in peace.