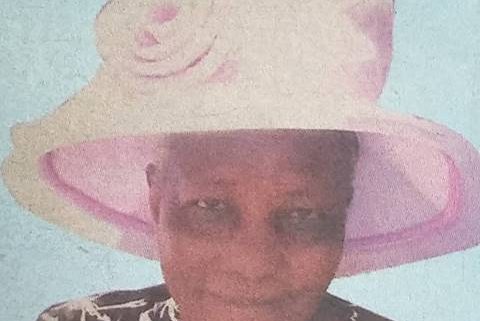 It is with humble acceptance of God’s will that we announce the death of Mama Alice Moraa Nyachwaya of Nyamasebe Village, Miriri Location, Nyamira County, that occurred at Aga Khan Hospital Kisumu on Thursday 23rd December 2021.

Friends and relatives are meeting daily at her home, Nyamasebe Village for prayers and funeral arrangements.

There will be a funds drive to assist in hospital bills and funeral expenses on 3rd January 2022 at her home. Contribution on whatsApp is on-going.

The cortege leaves KTRH on 5th January, 2022 for the funeral service and burial at her home on the same day.

She fought a good fight, finished the race and kept the faith.