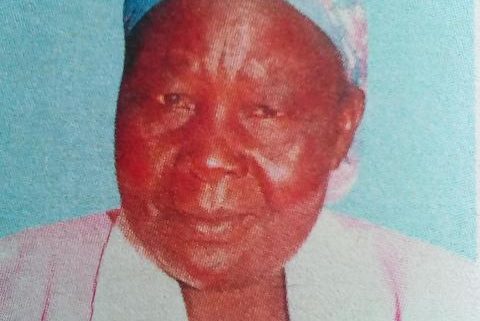 She was the 5th child in the family, she was sister of the late Jeriah Nyangweso, the late Penina, the late Sarah, the late Zablon, Lazaro, Raeli, Ondieki, Ototo, Evans and Fred.

Family and friends are meeting daily at their residence in Taracha Village.

The funeral service and burial will be held on Friday 20th September, 2019 from 9.00am at her Taracha home, in Gesusu.

Our love for you will endure forever. Till we meet again mom on the beautiful shore.

`Precious in the sight of God is the death of His faithful servant.’ Psalms 115:16