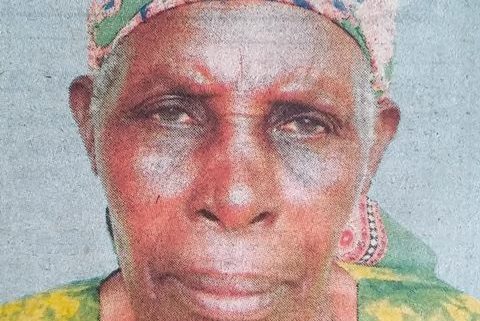 It is with humble acceptance of God’s will that we announce the passing away of Mama Bathseba Nyamokami Monari which occurred on 12th August, 2022.

Meet you in the morning by the bright riverside when all sorrows are drifted away.