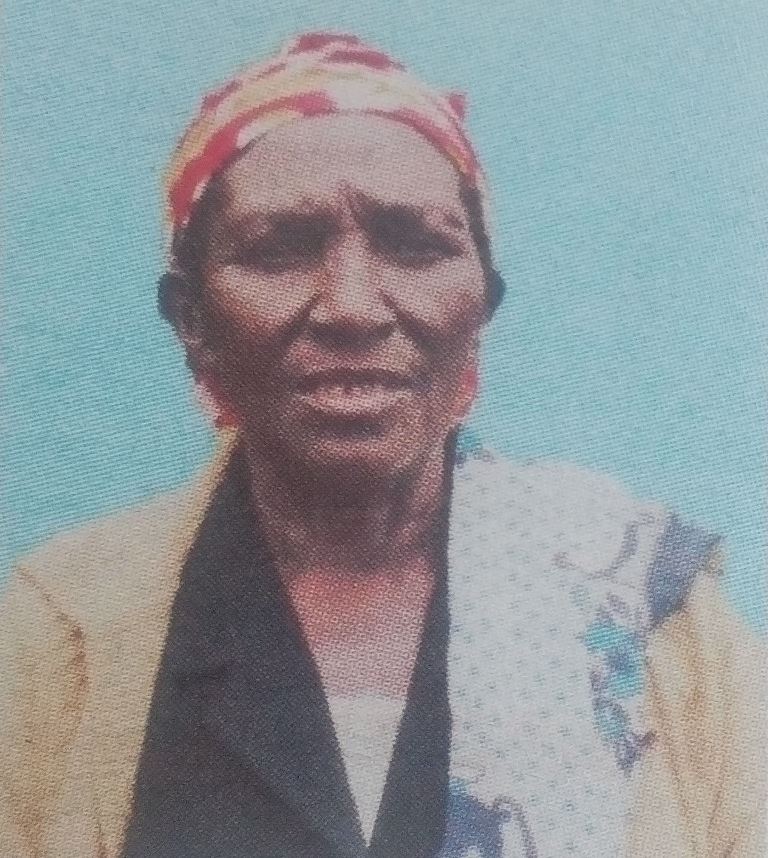 It is with humble acceptance of God’s will that we announce the death of Mama Esther Mona Mokaya of Nyabisibi Village, Motonto, Ikuruma, Kisii County.

The body is at Umash Funeral Home Mortuary, Nairobi. Relatives and friends are meeting daily at Mr. Jeremiah Mokaya’s House, Kiserian and at her home at Nyabisibi Village. Fundraising meeting to carter for hospital bills and funeral expenses will be on 29th August 2017 at Professional Centre at 6.00pm.

The cortege leaves Umash Funeral Home Mortuary, Nairobi on Thursday 31st August 2017 at 8.00am for overnight stay at Kisii. Funeral  Service and burial will take place on Friday 1st September 2017 from 9.00am.