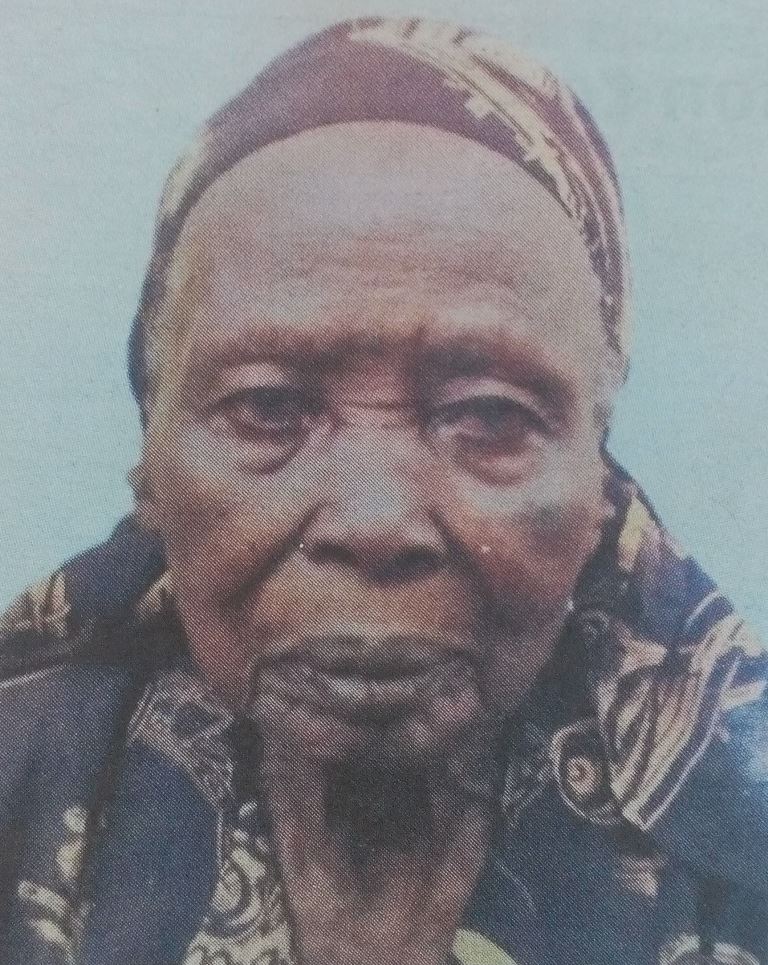 It is with humble acceptance of God’s will that the Chairman of jokoluoch Clan, Mr. Ezakiel Omollo, jointly with Mama Grace’s family announce the passing  on of our beloved mother, sister and friend, Mama Grace Nyawade Nyamwaya which occurred on Thursday the 17th of August 20 I 7.

Family, relatives, friends and well wishers are meeting daily except Sundays at Railways Club from 4.30pm. A funds drive to offset funeral expenses is scheduled at the same venue on 5th September, 2017 beginning at 4.30pm. Contributions may also be sent to Paybill No. 247247, Account. No.  0240198726717.

In God’s hands you rest Nya-wuon Okello. In our hearts you remain forever.