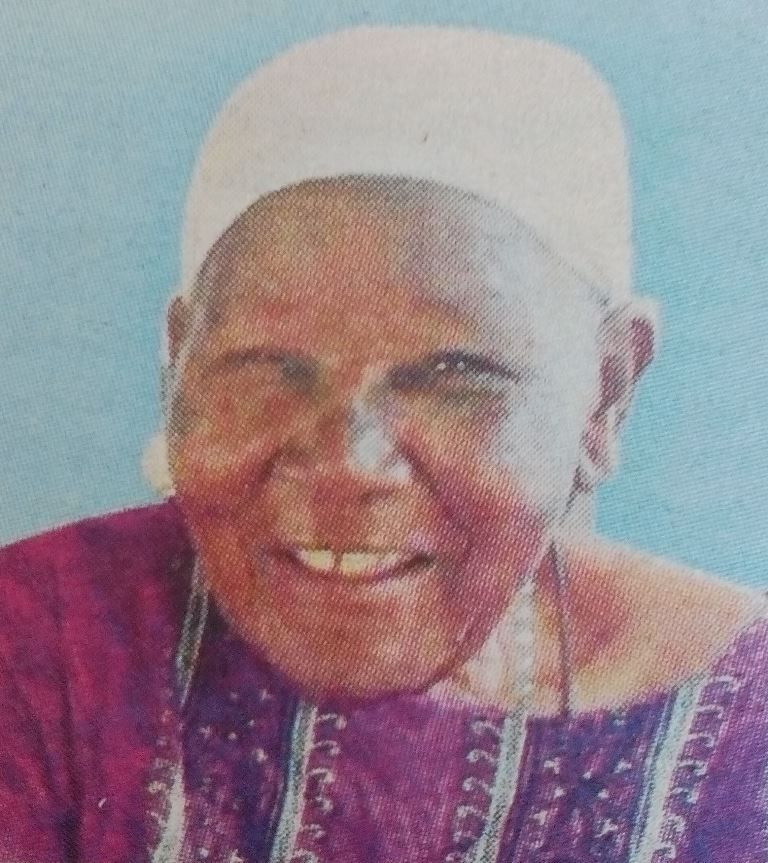 It is with humble acceptance of God’s will that we announce the sudden death of Mama Helena Kateve Kiuvu which occurred on 8th August 2017.

The cortege will leave Montezuma Funeral home, Machakos on 17/08/2017 at 7.00 am. The funeral mass will be held at Mbeletu playing ground at 10.00 am. Thereafter, the body will be laid to rest at her home in Utuneni village, Kyemundu location, Makueni County.