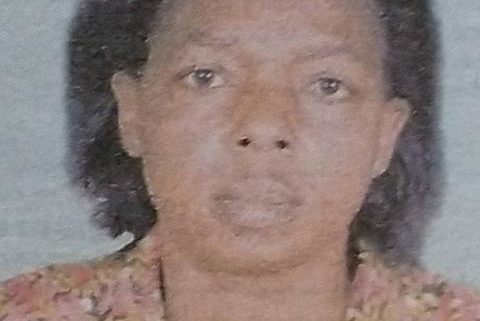 It is with great sadness and sorrow to announce the demise of Mama Jenifer Minaya Kisingula which occurred on 13th July 2021 at her home.

She was the daughter to the late Samson Sagara and Late Esther Miraho Sagara of Gagolosi village, Mambai Sub-location, Vihiga county.

Loving wife to Thomas Kisingula. Daughter-in-law to Late Charles Disi and Guku Sarah lminza of Mabusi scheme. She was a loving mother to Stanley, Rose, Tony, Allan, Edwin and a grandmother to many. Mother in law to Gitau, Damaris, Debby, Muthoni and Eva. She was the 2nd born sister to Ezzy, Jane, Geoffrey, late Fred, Pius and Phanice, Edward, Clement, Edith and phoebe. Sister-in-law to Francis, late Albert, Nebert, Rose, Jane, Dr Mboku, Aluvisi, Late John, Wycliffe, Jalenga, Margaret, lsigi, Pamela, Sungu among others. She was an Aunty, Cousin and friend to many.

Fundraising will be held on Wednesday 21st, July 2021 at her home. Contributions to be channeled to the treasurer Advocate Carolyn Mboku 0724152726.

The burial will take place on Saturday 24th July 2021 at her home kedohi village, near Kona Mbaya Market, Sinoko ward, Likuyani Subcounty, Kakamega County, near Moisbridge, Starting at 7:00am.

She leaves a great legacy to the entire family and community.

2 Timothy : I have fought the good fight, I have finished the race and I have kept the faith.

May her soul Rest in peace. .