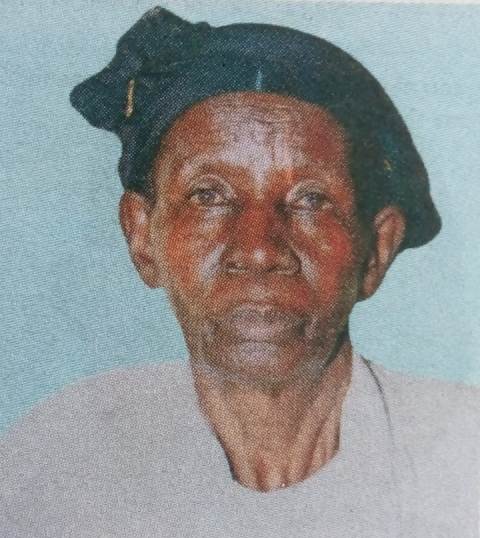 It is with humble acceptance of God’s will that we announce promotion to glory of Mama Joyce Okello Oguna on 3rd August 2018.

Family and friends are meeting at Highlands Platinum near Kenya Cinema Nairobi CBD (former Florida 2000) from 5pm daily for prayers and funeral arrangements. Meetings are also taking place at her home in Kosuma, Pap Nyadiel village.

The cortege leaves Siaya County Hospital mortuary on Friday August 17,2018 at 8.00am for the funeral service at her local Church in Kirindo.

She will be laid to rest on Saturday August 18, 2018 at her home in Kosuma, Pap Nyadiel — Masumbi Village.

A jewel has been taken away from us. Nya-Onyango, your legacy will live forever.

Mum rest in peace till we meet again.