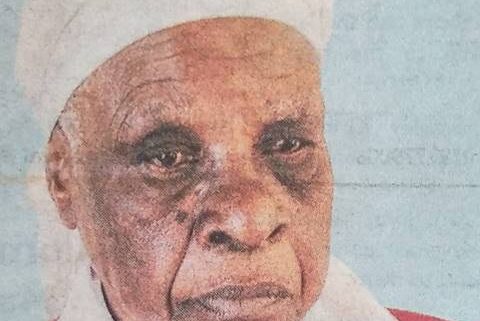 It is with humble acceptance of God’s will that we announce the passing on of Mama Lornah Ayuma Muhandick of Bushiangala Village, Ikolomani Division, Kakamega South Sub-county, Kakamega County, on 27th August 2022.

The cortege leaves Kakamega General Hospital Mortuary on Friday 2nd September, 2022 for an overnight vigil at her Bushiangala Village home. Burial service will be held at her home on Saturday 3rd September, 2022 starting at 9.00am.