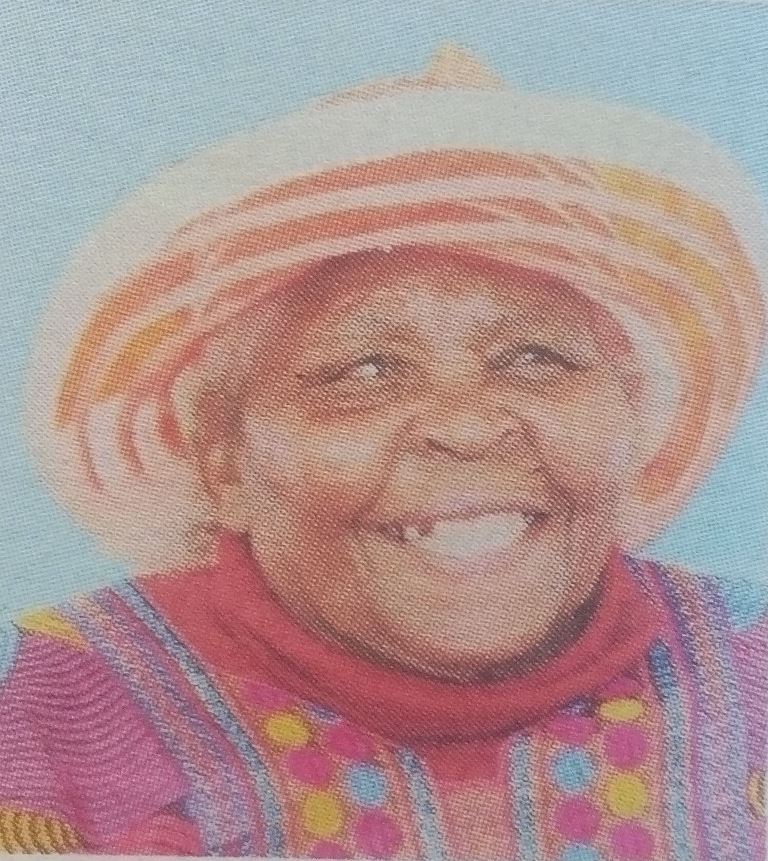 It is with humble acceptance of God’s will that We Announce the death of Mama Lucia Mwelu Lavuta from Tusunini Village, Kaiti, Makueni County, which occurred on Saturday 26/8/17.

“I have fought a good fight, I have finished my race, I have kept the faith.” 2nd Timothy 4:7

We loved you mum.