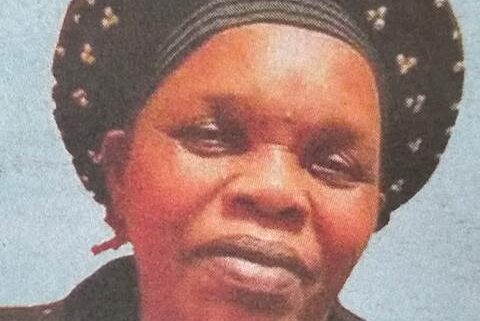 It is with humble acceptance of God’s will that we announce the untimely demise of Mama Lucy Kemunto Obanyi, on January 5th, 2023.

The cortege will leave Bosongo Hospital Funeral Home, Kisii, on Sunday, January 15th, 2023, for a requiem Mass at lbara Catholic Church at 4.00pm. The funeral service and burial will be held on Monday January 16th, 2023 at the family home in Nyakemincha Village (Iranda), Nyamira County.

Friends and family are meeting at the home and also in Nairobi at the All Saints Cathedral from 5.00pm today (Tuesday, 10th January, 2023).

“You have fought a good fight; you have finished your race; you have kept the faith.”