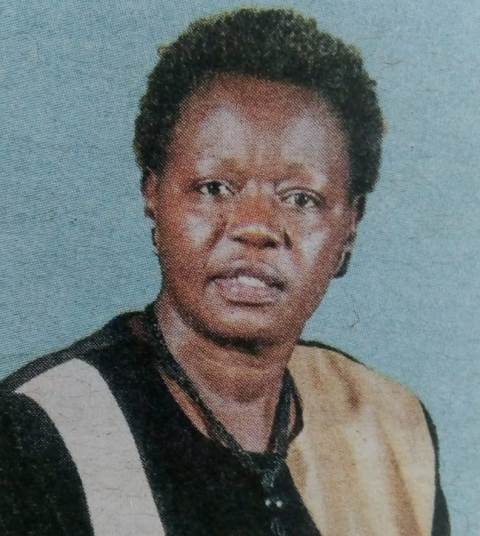 It is with humble acceptance of God’s will that we announce the promotion to glory of our beloved Mama Pamela Everlyne Adhiambo Ominde which occurred on 12th June 2018 after a long illness bravely endured, formerly of Kenya Trade Network Agency (KENTRADE) and Kenya Ports Authority (KPA).

Burial will be held on Saturday 23rd June 2018 starting at 10am at her home in Kotetni Village, Korando, opposite Kisumu International Airport.

There will be a fundraising in aid of funeral expenses on Wednesday 20th June 2018 at her home in Kogony.

“In God’s hands you peacefully rest, in our hearts you will live forever, for love is everlasting and so are your memories”