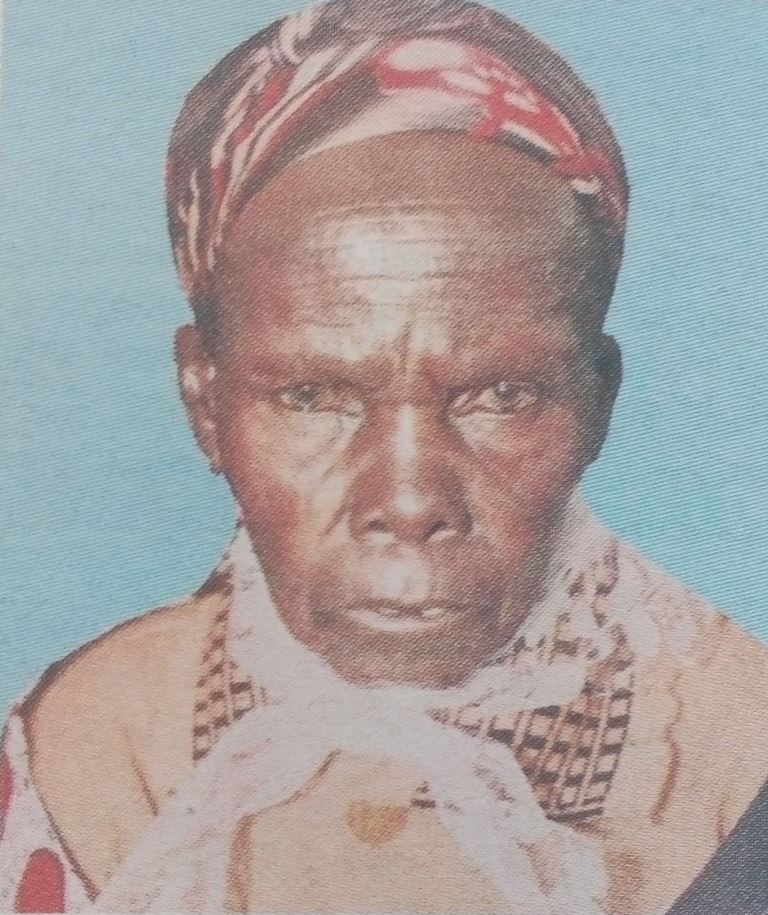 It is with humble acceptance of God’s will that we regret to announce the passing on of Mama Paulina Binsari Getate which occurred on 31st August 2017 at Christine Marriane Hospital in Kisii.

Relatives and friends are meeting daily at her home, Nyasumi village and Rapid Foods KICC in Nairobi. There will be a main fund raising today Wednesday 6/9/2017 at Professional centre from 5pm. The cortege leaves Christine Marriane Hospital Thursday 7/9/2017 for burial on Friday 8/9/17 at Nyasumi village Rigena location Gachuba ward Nyamira county.