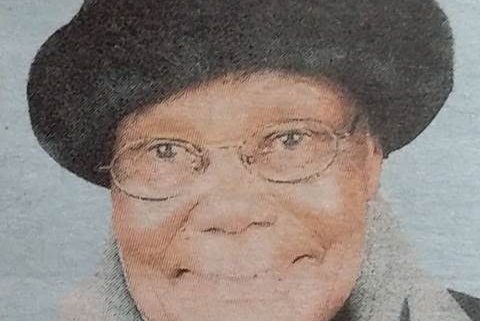 It is with deep sorrow and humble acceptance of God’s will that we announce the death of Mama Saline Ogunda, which occurred at Kenyatta National Hospital on 6th May, 2022.

“Surely your goodness and love will follow me all the days of my life, and I will dwell in the house of the Lord forever.” — Psalms 26:6