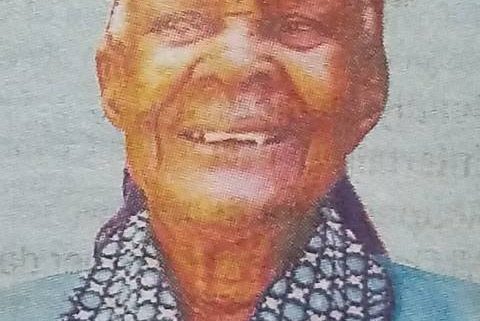 It is with humble acceptance of God’s will that we announce the passing on of Mama Silibia Odindo Oloko, which occurred on Sunday, 19th June 2022.

Grandmother to Vella,Vincent, Synthia, Lispy, Nancy, Winnie, Godwin, Eileen, Edgar, Lades, Kevin, and Judith, among others, and a great-grandmother to Judie, Sky, Moen and Emmy.

Mama will be laid to rest on Saturday, 2nd July, 2022 in Nyakach Kadiang’a, Sondu Market, Kabienge Village at her home (Near Olwa Primary School), starting 8.00a.m.

Mama,You fought the good fight, You finished the race,You kept the Faith. Rest in Peace, Till we meet Again Nyar go Onyango.