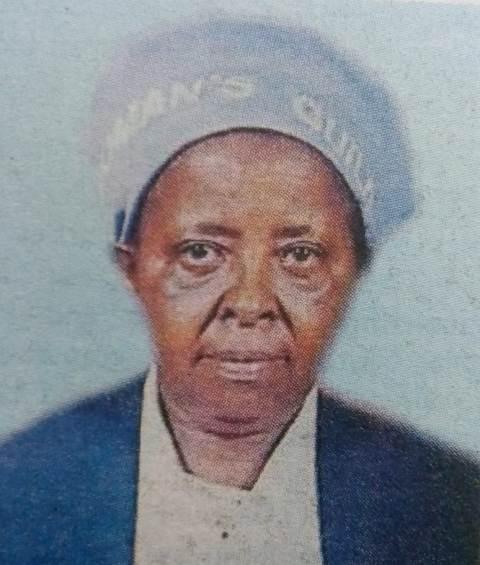 It is with deep sorrow and acceptance of God’s will that we announce the demise of Margaret Njeri Muniu Our beloved Mother and Wife of George Muniu Mirara (of Molo ) which occurred on Saturday 28th July ,20 I 8 at Outspan Hospital Nyeri ,after a long illness bravely borne.

Funeral arrangements are being held at Molo, Nyeri and Nairobi .

The cortege will leave Nyeri Funeral Home (OUTSPAN ) on Friday 3rd August at 7.00 a.m and thereafter burial service at E.A Molo Church. The burial will follow at Mutirithia Farm Molo .