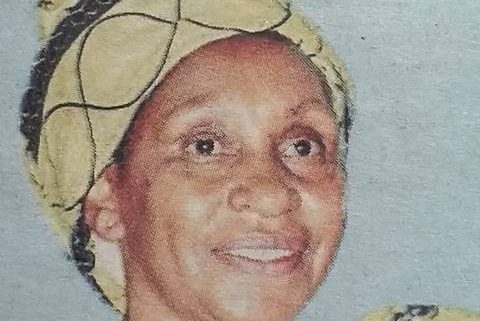 It is with humble acceptance of God’s will that we announce the passing of our beloved Margaret Wangechi Njuguna on Monday 23rd of May, 2022.

Prayers will be held at her home.

The funeral service will be held at 10:00 am on Saturday the 28th of May, 2022 at St. John the Evangelist Catholic Church (off Lang’ata South Road) with interment thereafter at the Lang’ata Cemetery.

“I am the resurrection and the life. Whomsoever believes in me, even if she dies, will live.” — John 11:25