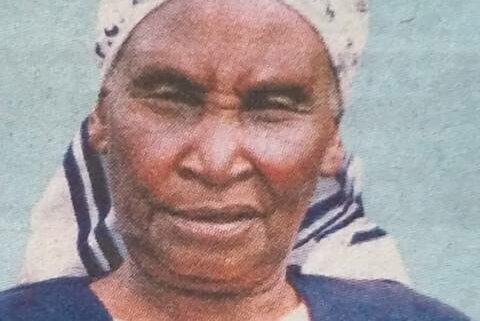 It is with acceptance of God’s will, that we announce the death of Mariamu Wanjiru Riguga.

The cortege leaves Nyeri Outspan Funeral Home on Wednesday the 11th January 2023 at 8:30am for church Service at the AIPCA Kamoko church and thereafter the burial at her home in Kamoko Village, Mahiga Location, Othaya, Nyeri County.

Philipions 4.4 — Rejoice in the Lord, always, l will say it again, Rejoice!