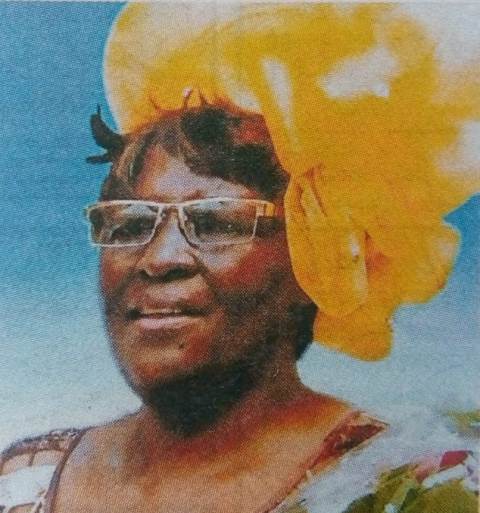 It is with humble acceptance of God’s will that we announce the untimely demise of Mrs Mary Auma Oliech.

She was a business woman who founded Mama Oliech Restaurants.

Family and friends are meeting daily at her residence at Lavington Riara.

The cortege leaves Umash Funeral Home at 12.00pm on 9th August 2018 to Uhuru Church for service, after the service the body goes to CCA church Dagoretti for viewing.

The cortege leaves at night to arrive early morning on 10th August at Seme Ratta.