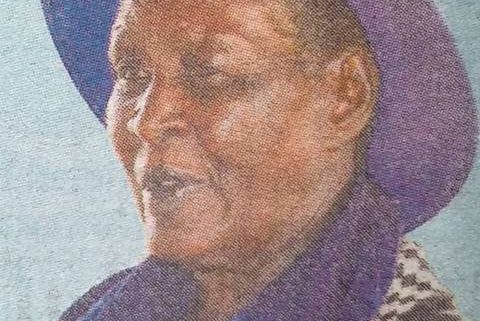 It is with humble acceptance of God’s will that we announce the death of Mary Mukami Ndiritu, which occurred on the 28th of June 2022.

Friends and relatives are meeting daily at her home for burial preparations.

The cortege will leave Mary Immaculate Hospital Mortuary in Mweiga at 8.00am on Tuesday the 5th of June, 2022 for funeral service and burial from 11.00am at her home in Tanyai Village, Mugunda Location, Nyeri County.

In God’s hands you rest; in our hearts you live forever, dear Mum!