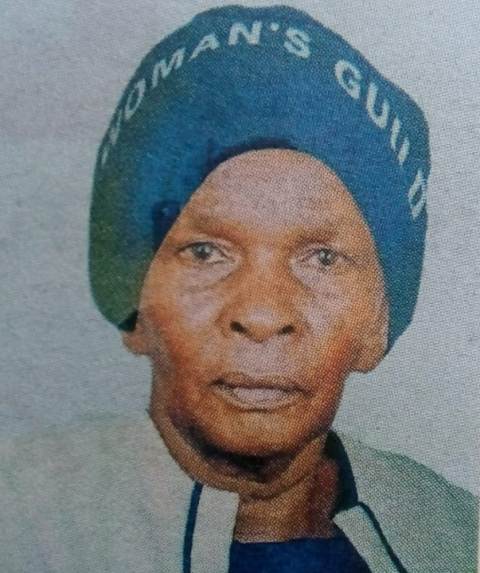 It is with humble acceptance of God’s will that we announce the death of Mrs. Mary Muthoni Kariuki on 8th August 2018.

Friends and relatives are meeting daily at her home Colubus, Karandi and at Norwich Union opposite Hilton Hotel from 13th August 2018 at 5:30pm.

The cortege leaves Nyahururu Referral Hospital Mortuary on Friday 17th August 2018 at 9:00am for funeral service at 11:00arn at her home Colubus, Karandi, Ng’arua, Laikipia County where she will be laid to rest.

“I have fought the good fight, I have finished the race and I have kept the faith” 2nd Timothy 4:7