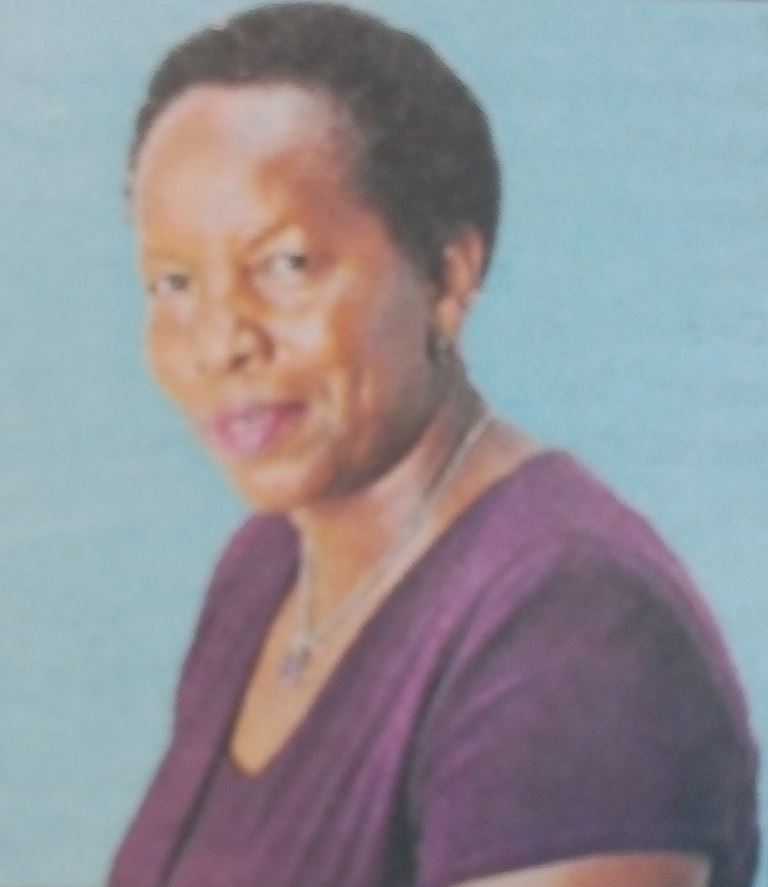 It is with humble acceptance of God’s will that we announce the passing on of Mary Njeri Njoroge on 11th August 2017 at Nairobi Women’s Hospital.

Wife of Simon Royson Njoroge of Cie location, Kwambegi. Daughter of the late Lawrence Kamau and the late Pauline Kamau. Step daughter of Zamaru Kamau. Daughter in law of the late John Kimani and Esther Mugure. Mother of Caroline Mugure of U.S.A. Sister of Monica, John and Francis. Step-sister of Teresia and Kiguta, Lucy and Gachanja, Catherine and Muhia, Margaret and Mwangi, Salome and Mbogo, Clement and Zipporah, Bundi and Salome,Thuku and Bizabeth, Ann, Merl and Magdaline. Sister in law of Zachary and Wambui Prof. Njoroge and Jane, Paul and Kezia Aunt and cousin of many.

The cortege leaves Gilgit Mathare Hospital mortuary on Friday 18th August 2017 at 9.00 am for burial on the same day at Kwambegi.

She has fought the good fight and she has finished the race. She now has the crown of righteousness. ( 2 Tim. 4: 7)