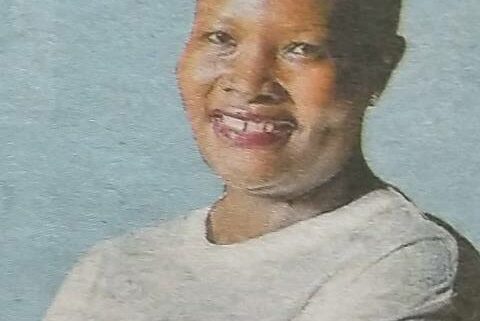 It is with deep sorrow and humble acceptance of God’s will that we announce the death of Maureen Akinyi Ochieng (“Arina mar gi Jerry”), a registered Clinical Officer at Kisumu County Referral Hospital, on 19th December 2022, at Avenue Hospital, Kisumu, while undergoing treatment following a short illness.

Daughter-in-law to Chris Rakuom and Josephine Rakuom; Sister-in-law to James, Judith, Maurice, Maxwell and Janet. Cousin to many.

The cortege will leave Jamarogi Oginga Odinga Funeral Home on Wednesday 4th January 2023 at 12.00pm, for viewing and service at Kisumu County Referral Hospital at 12:30 pm, followed by a home service at her residence in Nyawita, next to Selina Stage along Kisumu- Kakamega Road.

The body will then proceed to her Chiga home adjacent to Chiga Secondary School, Kolwa East, for burial on Thursday 5th January 2023.

‘I know that my Redeemer lives, and that in the end He will stand upon the earth.’ Job 19:25