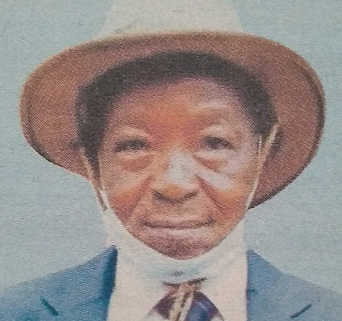 It is with humble acceptance of Gods will that we announce the passing of Michael Mutuku Kisua of Malivani Village, Wote Location Makueni County on 9th March, 2022.

Son of the late James Kisua Mayalo and the late Monica Wanza Mwenga.

Husband to Philomena Mutuku. Son-in-law to the late John Kyengo Muoka and the late Alice Katuu.

Friends and relatives are meeting at his home in Malivani Wote – Makueni, daily from 2.00pm for funeral arrangements.

The cortege leaves Makueni Funeral Home on 18th March, 2022 at 9.00am and there after mass and burial at his home in Malivani Village, Unoa Sub-location, Makueni County.