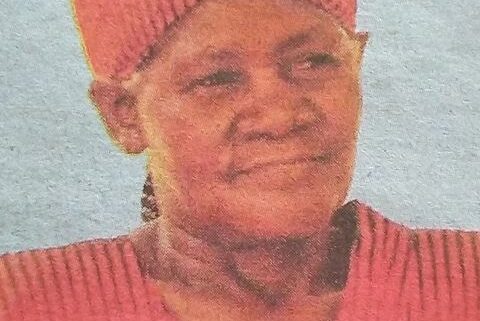 It is with deep sorrow and acceptance of God’s will that we announce the demise of Mrs. Miriam Munini Maanzo that occurred on 28th October 2022 in Nairobi.

Miriam was the loving wife of the late Shadrack Maanzo, adoring mother to Elijah, Senator Daniel Maanzo MP, Florah, James and Munee. Mother in law to Sbu, Catherine and the late Christine.

Meetings are being held daily in Nairobi at All Saints Cathedral 5.00pm – 8.00pm, at Wote town — Joyland Plaza from 6.00pm and at her rural home in Yekanga Village, Mavindini ward Makueni County.

The cortege leaves Lee Funeral Home on Friday 4th November 2022 at 6.00am for the funeral service and burial at Yekanga Location, Mavindini Ward, Makueni County.