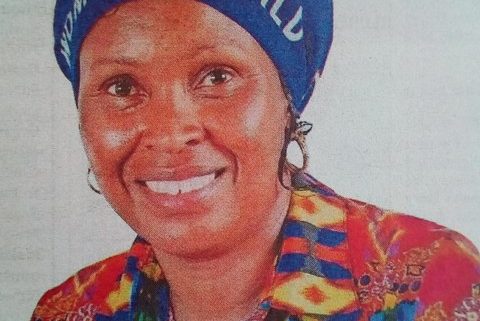 It is with humble acceptance of God’s will that we announce the death of Monica Wanjiru Gashwe after a long illness bravely borne at Aga Khan University Hospital.

The cortege will depart from Lee Funeral Home on Thursday 19th September 2019 at 9am for a funeral service at P.C.E.A Nairobi West church at 9.45am and thereafter proceed to her final resting place at the Langata Cemetery.

`I have fought the good fight, I have finished the race, I have kept the faith 2 Tim 4:7′.