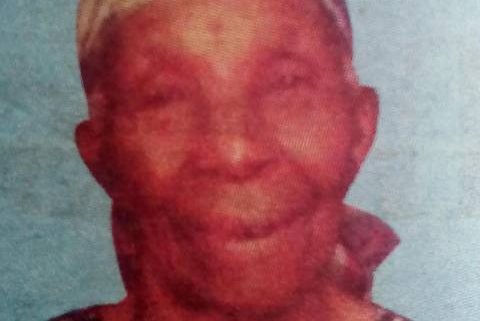 It’s with humble acceptance of God’s will that we announce the death of Mwaitu .Rebecca Musivi Mulwa which occurred on 18/10/2019 after a long illness.

Friends and relatives are meeting daily at her home in Kyumu Village for funeral arrangements.

The cortege leaves Pamoja Funeral Home Wote on Saturday 26/10/2019. There will be prayers at Kyumutuo Salvation Army and burial thereafter at her home Kyumu village, Kilala, Makueni County.

Mwaitu, in God’s arms you rest in our hearts you will remain forever.