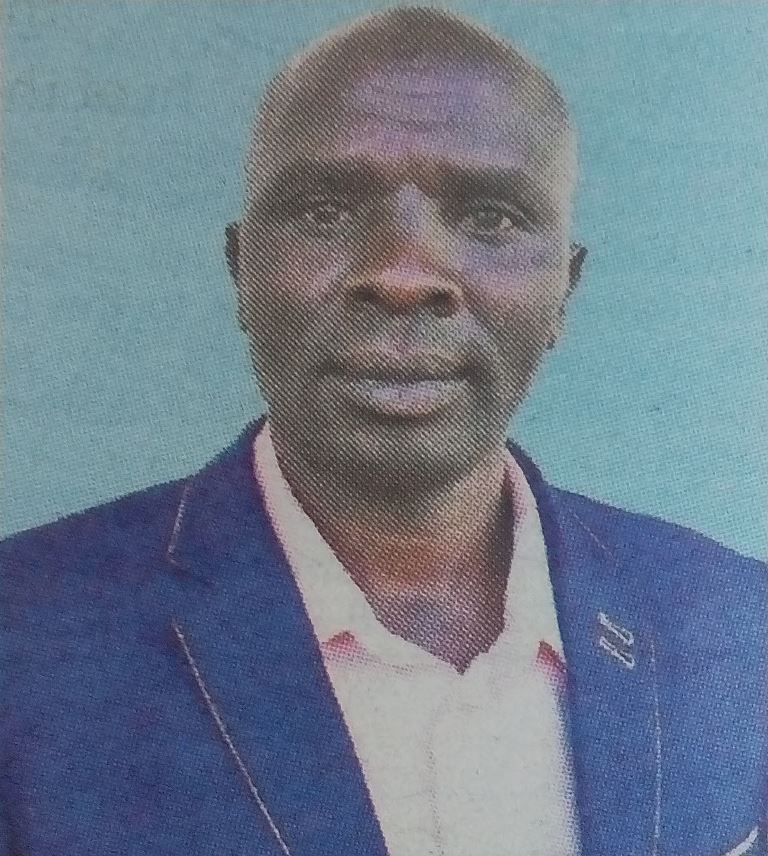 It is with heavy hearts and disbelief that we announce the passing on of Mwalimu Julius Felix Mangana formerly of Getuki Secondary School on 19th August 2017 which occurred after collapsing at his residential home (Keragia).

Family, relatives and friends are meeting at his residence home Keragia daily for prayers and funeral arrangements. Main fund drivel Harambee on Tuesday 29th Kionyo, Ekerema and 30th Wednesday, August 2017 at his home Keragia, Mogonga (Bikombe Distributors) and Ogembo (Kisii County Shed). The burial and funeral service will be on Friday 1/9/2017 at his home (Omosasa) Kisii County.For enquiries and any contribution all 0724286909 or 0720976074.