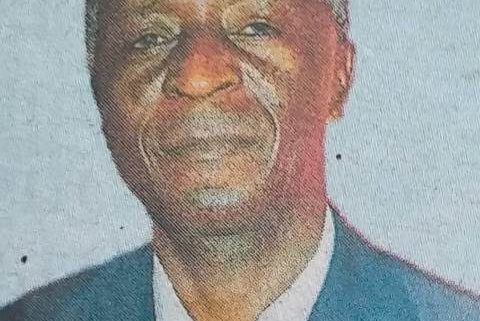 It is with humility that we accept the will of God on promotion to Glory of our beloved Mwalimu Jacob T.N. Masitsa, on 27th December, 2021.

Friends and relatives are meeting at his home in Mugai daily, for burial arrangements.

A fundraising will be conducted on Wednesday, 5th January 2022 at 1pm towards the funeral expenses.

The cortege will leave Kakamega Referral Funeral Home on Friday 7th, January 2022 at 11am. Burial will take place on January 8th, 2022 on his farm.