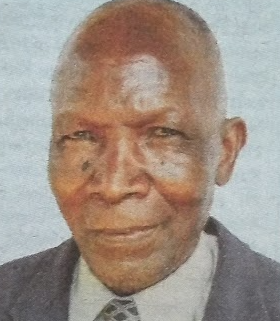 It is with deep sorrow that we announce the death of Mwalimu Patrick Mbengi M’Njuki of Kambandi (Gantuntuni) village, Chuka.

Mwalimu Mbengi was a reputable teacher and mentor to innumerable.

Family and Friends are meeting everyday at his family home in Gantuntuni village, Kambandi, Chuka – Meru.

The cortege will leave Gakwegori Mortuary, Embu, on Friday 22nd April, 2022 at 9:00am for the funeral service at Kambandi PCEA Church. The body will be laid to rest in his farm in the same village.